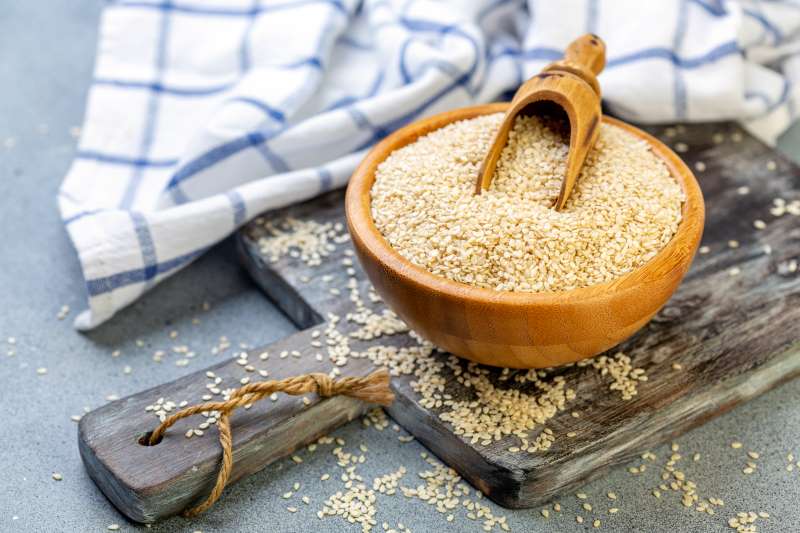 April 23, 2021 will go down as a watershed day in food allergen control. Not only is it the day that the Big 8 allergens were expanded to the Big 9 with the addition of sesame, but the Food Allergy Safety, Treatment, Education, and Research Act of 2021 added requirements to do exactly what its acronym indicates: to make the identification of and federal regulations for food allergens FASTER.

In addition to expanding the definition of major food allergen to include sesame for food-labeling requirements, the FASTER ACT requires that the Department of Health and Human Services report on certain information related to food allergy research and data collection activities, specifically that HHS make recommendations “for the development and implementation of a regulatory process and framework that would allow for the timely, transparent, and evidence-based modification of the definition of ‘major food allergen.’”

Currently, adding a food as an allergen requires an act of Congress because the Food Allergen Labeling and Consumer Protection Act of 2004 (FALCPA) must be amended to add an allergen. Because of this, FDA issued guidance in 2020 on voluntarily declaring sesame, but could not mandate that sesame be declared. So, now Congress has.

While allergen declarations and requirements vary from country to country, the “Big 8” tend to form the foundation for most (with those not directly declaring wheat as an allergen, instead declaring cereals w/gluten). But even with the US adding a ninth allergen requiring labeling, however, many of the developed nations are well ahead in number of declared allergen requirements, particularly Canada (12), EU (14), Australia/New Zealand (13), with all requiring the declaration of sesame.

There are, in fact, more than 170 foods that can cause reactions in some people, but countries generally identify those that they see as having the most severe health effects, such as anaphylaxis, as requiring declaration.

So what does the adding of sesame as an allergen mean for the food industry? The FASTER Act did not include any requirements for FDA to issue new regulations for sesame, rather it simply falls to the same rules of the other eight allergens, as required by FALCPA. But in addition to following those same requirements, it behooves industry to review, as well, FDA’s 2020 guidance for industry – replacing the guidance language (e.g., encourages or recommends …) with regulatory language (e.g., requires). Given that, industry will need to “clearly declare sesame in the ingredient list, when it is used as a ‘flavoring’ or ‘spice’ or when the common or usual name (such as tahini) does not specify sesame.”

The guidance specifically calls out sesame’s use as a flavor or spice because when used as such, it did not have to be specifically called out on the label. As a regulated allergen, however, this is no longer the case. It must now be clearly and specifically declared.

With this change, manufacturers and retailers will need to take a new look at supplier COAs and ingredient documents and work with their suppliers to assess what product may contain sesame. This also will require more due diligence in reporting and testing for the presence of sesame, as you would any other allergen. Sesame will also need to be considered in cross-contact controls of the facility, separating sesame ingredients and products, working production runs to manufacture sesame-containing products after non-allergen products; cleaning and sanitizing after sesame-containing runs, and breaking down equipment to clear out sesame seeds or dust that could fall into cracks and crevices.

Although the rule does not go into effect until January 1, 2023, it is advantageous for businesses to start now to adjust for the change, working with your suppliers on existing products and ingredients and ensuring any new suppliers are assessing and declaring sesame.

But, as alluded at the beginning of this article, the FASTER Act goes beyond adding sesame as an allergen. The requirement that FDA conduct assessments and report back to Congress means that the agency will be collecting data on the prevalence of other allergens that may be causing issues. From this, then, FDA will make recommendations to Congress on ways that the FALCPA allergens list can be updated more transparently and FASTER. So if you are not currently exporting products to countries for which you need to account for additional allergens, you may want to take a look at what other countries have declared to be allergens, with the presumption that these will be those most likely to be added in the future for the US as well.

This article was taken, in part, from information in the TAG Talks Q&A video, A FASTER Update on U.S. and Global Food Allergens, with TAG Director of Food Safety Eric Edmunds. View the video here.