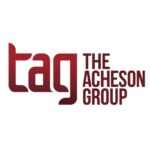 Increased Regulation Likely to Be a Hallmark of 2021

Last week, the Senate unanimously passed the Food Allergy Safety, Treatment, Education and Research (FASTER) Act, S. 578. The Act, if passed by the House and signed by President Biden, will make sesame the ninth food allergen regulated by FDA, requiring that sesame be labeled as an allergen on packaged foods.

As major legislation in and of itself, the pending Act is also indicative of the increased food regulation and enforcement that TAG sees as becoming a hallmark of 2021. As we gradually come out the pandemic – with more people vaccinated and vaccines hopefully providing control of the variants as well – the food regulatory agencies will be back on the trail. Not only do we expect the agencies, particularly FDA, to be focusing in on current facility practices and records, we would expect them to be taking a close look at the records maintained during the pandemic – and whether those written records actually reflect the practices in place.

The Product Recall State of the Nation 2021 report from Sedgwick backs up this thinking. In the section on Food & Beverage, the report states that many companies tended to have an “only-recall-if-absolutely-necessary” mindset during the pandemic, but “Companies that made these bets may also ultimately need to answer to FDA if the agency determines that a company’s records aren’t sufficient to support a decision not to recall a product.” In fact, the report cites my own Legislative Update column in an issue of Quality Assurance & Food Safety magazine, in which I stated, “the gravest food safety concern may be some businesses ‘cutting corners’ which could cause a greater risk of food adulteration of food, misrepresentation of ingredients, and recalls – for which we may see an overall rise in food recalls in 2021.”

If you even suspect that corner cutting in your facility may have included recordkeeping, you may want to take a look back at your records – both to ensure that records were kept (FDA’s standpoint is that if it’s not written, you didn’t do it) and to ensure you can produce the records on request. You’ll also want to ensure not only that those records reflect your practices, but that your practices reflect the records.

Like TAG, the report also sees allergens as likely being a key focus of FDA, as evidenced by its late January “Voices” update discussing its accelerated efforts to protect consumers from food allergens. With the update noting that FDA sent warning letters to eight facilities in the last year that resulted in Class I allergen recalls, the report saw the update as suggesting that “a regulatory crackdown has started.”

FDA notes in the public update that, “Since March 2020, FDA sent warning letters to eight registered food facilities that have manufactured and distributed foods with undeclared major food allergens that resulted in Class I recalls. Those registered food facilities are required by statute to implement food safety preventive controls that significantly minimize or prevent the hazard of undeclared major food allergens before the food is distributed.”

With a decade having passed since the enactment of FSMA, the rules are all but rolled out and compliance dates well passed, so the previous emphasis on education has faded into enforcement, and we are likely to see a great deal more of that when FDA gets back to onsite inspections. But even without the onsite inspections, the number of 483 citations for lack of an FSVP issued in 2020 (as discussed in TAG’s February 17 newsletter) showed a trend toward this intensive enforcement for all things FSMA – domestic or foreign.

With all this, I would see 2021 as bringing in a distinctly sharper focus on regulation, with a particular emphasis on undeclared allergens and recalls. It’s really nothing new, but it’s definitely something you should be reviewing in and with your facilities. 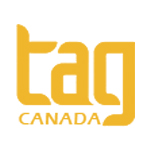 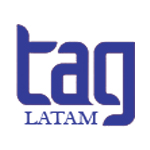 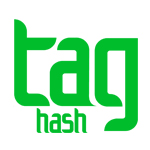