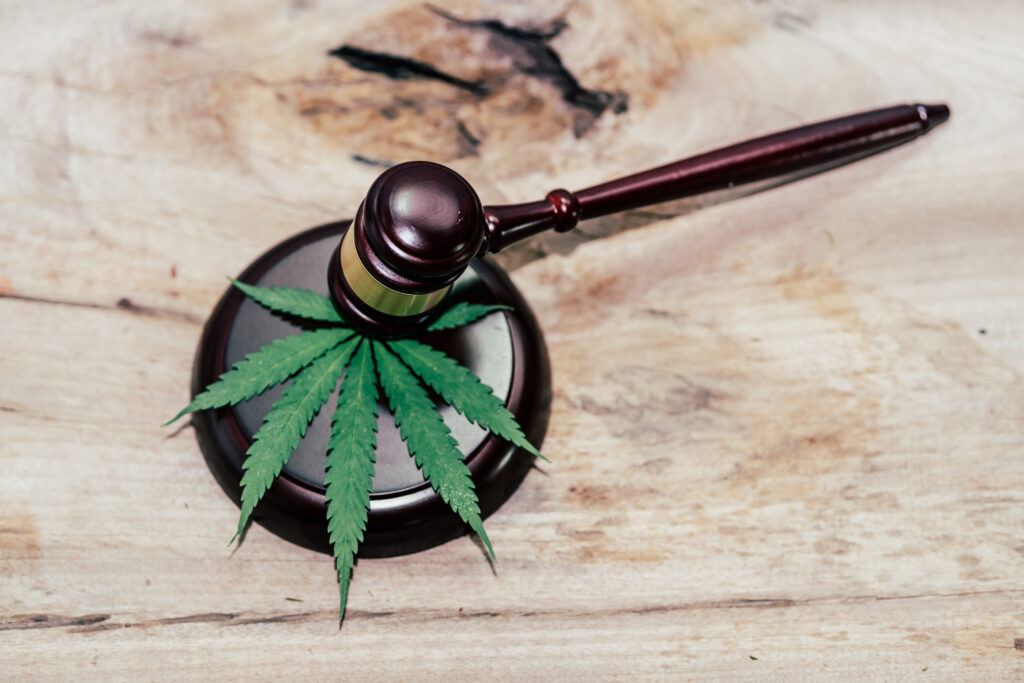 It has been over three years since the 2018 Farm Bill legalized hemp (defined as Cannabis sativa L. and “any part of that plant, including the seeds thereof and all derivatives, extracts, cannabinoids, isomers, acids, salts, and salts of isomers” with no more than a 0.3 percent concentration of THC) by removing it from the definition of marijuana in the Controlled Substances Act. However, despite the numerous products available on the market, it is still very much illegal at the federal level to include one of the best-known cannabinoids, cannabidiol (CBD), as an ingredient in food or dietary supplements. This is because the 2018 Farm Bill preserved the FDA’s authority to regulate products containing hemp or hemp-derived compounds under the Food, Drug and Cosmetic Act (FDCA).

The FDA has maintained a position that CBD cannot be legally added to a food or dietary supplement because of the drug exclusion rule, which essentially prohibits its use in those products because it has already been approved as an active ingredient in a drug. CBD is the active ingredient in the drug Epidiolex, which the FDA approved in 2018 as an oral solution for treatment of seizures associated with two forms of epilepsy.

The FDA acted on its position with the 2019 issuance of warning letters to 15 companies for illegally selling products containing CBD in ways that violate the FDCA. In the two-plus years since, FDA has not changed its stance on CBD in foods nor its position that it cannot conclude that CBD is generally recognized as safe (GRAS) among qualified experts for its use in human or animal food, based on the lack of scientific information supporting the safety of CBD in food. Additionally, there is no food additive regulation which authorizes the use of CBD as an ingredient in human or animal food, nor are there any other exemptions from the food additive definition that would apply to CBD. Thus, FDA has concluded, “CBD is therefore an unapproved food additive, and its use in human or animal food violates the FD&C Act for reasons that are independent of its status as a drug ingredient.”

In fact, a 2021 document states that “FDA is aware that some companies are marketing products containing cannabis and cannabis-derived compounds in ways that violate the (FD&C Act) and that may put the health and safety of consumers at risk.” So, while your state may allow the manufacture and sale of foods or dietary supplements that contain CBD, it also is critical to remember that it is still illegal to sell these across state lines.

Despite the FDA position and enforcement actions, the industry has made several attempts to achieve self-affirmed GRAS status for both CBD extracts and full-spectrum hemp extracts, even going so far as to submit New Dietary Ingredient (NDI) notifications to the FDA. It is important to note that at least two of the NDIs were submitted for full-spectrum hemp extracts, not the CBD isolate (the active ingredient in Epidiolex). While it seems that may skirt the drug exclusion rule issues since it is not the same ingredient/compound, the FDA stood strong in its position and rejected those petitions pursuant to the drug exclusion rule while also citing a lack of adequate safety evidence.

Although the typical strategies for getting GRAS status or filing an NDI petition seem to have hit a wall, the industry does have at least one more move in play. Petitions have been filed to request that the FDA determine that CBD is not excluded from the definition of a dietary supplement pursuant to the drug exclusion rule, and that the agency exercise enforcement discretion in the review of NDIs or issue a specific CBD regulation.

It may be another three years before FDA is able to fully consider the safety and policy implications of these petitions, so don’t hold your breath while waiting. However, with the industry being desperate for clear regulation, it must continue to exhaust its options with the FDA while also lobbying Congress for an immediate resolution to the regulatory roadblock.