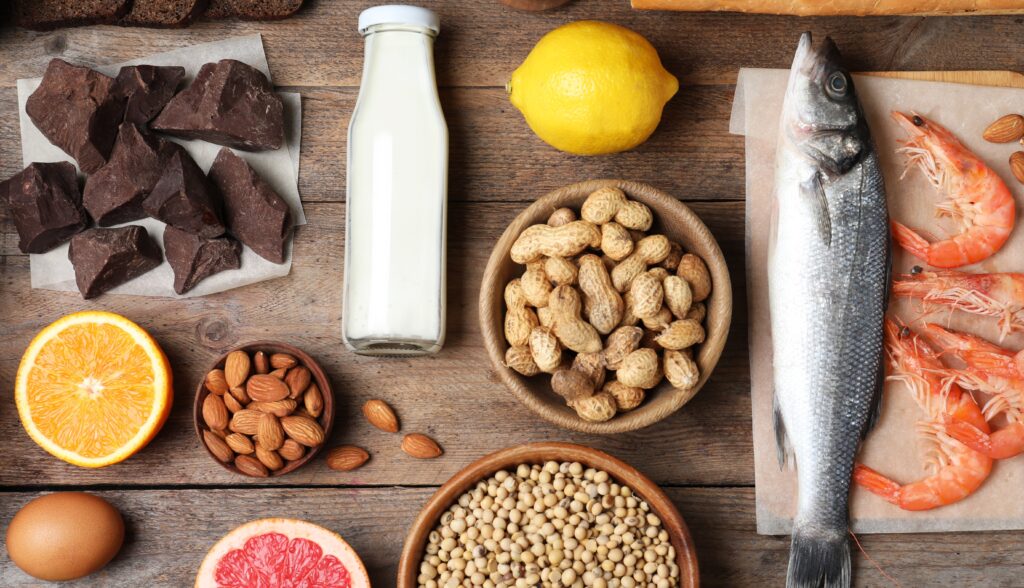 With both the U.S. and Canada recognizing the month of May as Food Allergy Awareness Month – and the U.S. adding the second week of May as Awareness Week, it seems only right for TAG to do our part to increase awareness of government and industry initiatives and TAG’s take on industry impact.

Most recent was FDA’s draft guidance on evaluating the public health importance of food allergens other than the major food allergens, which we discussed in last week’s Insights article. But FDA is not the only group seeking to better assess and define food allergens. In late 2020 through 2021, an ad hoc joint FAO/WHO expert committee held a series of three meetings on the risk assessment of food allergens. The main purpose was to validate and update the Codex priority allergen list of foods and ingredients known to cause hypersensitivity to always be declared on food labels (Section 4.2.1.4 of the General Standard for the Labelling of Packaged Foods).

When considered with the 2021 U.S. passage of the FASTER Act – which was intended to make the identification of, and federal regulations for, food allergens faster and added sesame as a major food allergen – it is evident that the regulatory and standards awareness and assessment of food allergens is increasing both domestically and globally.

With immunoglobulin E antibodies (IgE) recognized to be the most severe and immediately life-threatening aspect of food allergens because reactions can trigger anaphylaxis, FDA determined that its evaluations would consider IgE-mediated food allergy evidence, severity of reaction, and prevalence in the U.S. population, along with the allergenic potency in its evaluations.

The focus of the FAO/WHO committee was on defining threshold levels for food allergens for which it deliberated on four approaches: analytical-based, no observed adverse effect level + uncertainty factor, benchmark dose with or without margin of exposure, and probabilistic hazard assessment. Once the committee determined that the principle of establishing a benchmark dose (without the application of a margin of exposure) and the probabilistic hazard assessment approach were most closely aligned with its charge, it set out to establish threshold levels in foods of the priority allergens. In the third, final, meeting, the committee focused on review and evaluation of the evidence in support of precautionary labelling.

Having recommended the use of a precautionary allergen labelling (PAL) system based on risk–based reference doses (RfDs) for the greatest protection for food-allergic individuals, the committee set RfD recommendations. By the end of the meetings, however, it had not determined levels for milk and sesame, so a special review was conducted later with recommendations made last month (April 2022). The recommended RfDs are:

TAG’s Take. With the committee conclusions and recommendations made available to the Codex committees on food labelling and food hygiene to facilitate their discussions, what will the setting of thresholds and precautionary labelling recommendations mean for the U.S. food industry – if anything?

The question of thresholds has become an increasingly common topic of discussion, but we’ve not seen regulatory agencies in any rush to adopt thresholds – which makes industry implementation unlikely as well. At this point, manufacturers are hesitant to utilize thresholds except to conduct risk assessments after a problem occurs. Historically, even with risk assessments, regulatory agencies have been reluctant to come off the zero detection levels.

Thus, we would see it as extremely improbable, if not impossible, that FDA would move off the zero-tolerance mark for some allergens, such as peanuts. However, with the agency’s 2013 gluten-free labeling rule setting a threshold of 20 ppm for foods to carry “gluten-free,” “no gluten,” “free of gluten,” or “without gluten” label, there may be hope for some allergens, such as soy.

Overall, this is progress in better understanding risks and having more debate around how to best manage allergens. It is our belief that this keeps the conversation going, but we don’t anticipate any major changes to allergen labeling anytime soon. FDA does not appear to have the regulatory appetite to take this on while dealing with a host of other more charged issues, such as heavy metals and chemical residues, that require some urgent attention in the risk analysis and risk management space.

The Traceability Rule is Final. Are You Prepared for Compliance?