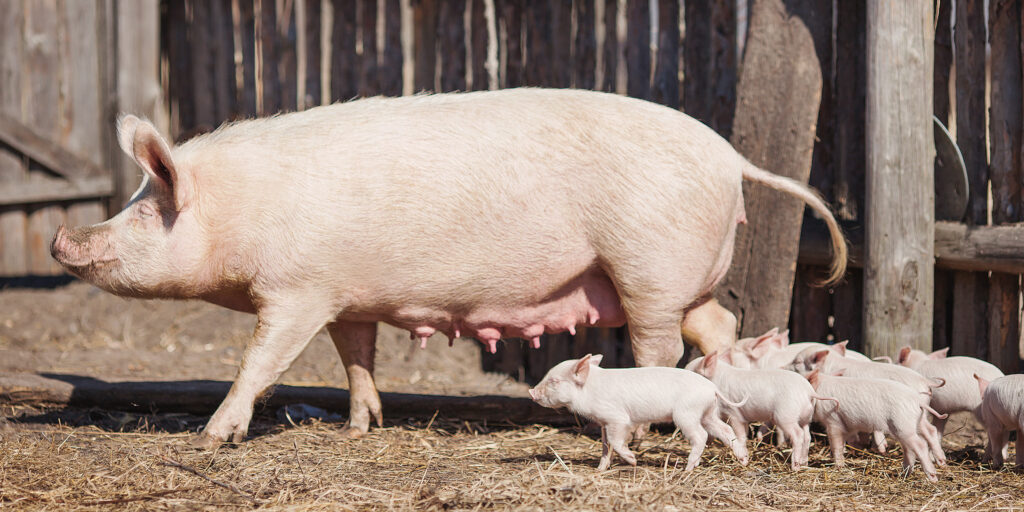 Pork producers are facing increasing trends and regulations limiting, or banning, the use of gestational crates. The most current regulation is that of California’s Prop 12 Prevention of Cruelty to Farm Animals Act which impacts all sources of pork, including that from producers in Canada or any other country.

If implemented as proposed, only pork that meets Prop 12 requirements can be sold in the state effective January 1, 2022.

The upcoming deadline is particularly impactful to Canadian producers, as 2020 statistics show Canada to be the fourth largest exporter of pork in dollar volume, with 21% of Canada’s pork exports going to the US. Additionally, the Canadian pork industry’s initial commitment to end gestation crate use by 2024 has been pushed to 2029 – well outside the Prop 12 requirements for any who have their pork sold in California.

While Prop 12 also addresses humane treatment standards for egg-laying hens and veal calves, this article is focused on the standards for breeding pigs which state that “No pork producer or pork handler shall knowingly sell or contract to sell whole pork meat for human consumption in the state if it is the product of a breeding pig, or the product of the immediate offspring of a breeding pig, that was confined in an enclosure that fails to comply with [the] standards.”

There is a possibility that enactment will be delayed, however, as the regulations for implementation of the law, as set by the California Department of Food and Agriculture (CDFA), are being challenged by humane treatment groups that originally sponsored the proposition, and a previous challenge by the National Pork Producers Council and American Farm Bureau Federation, citing potential for “conflicts and inconsistencies between Prop 12, CDFA’s proposed regulations, and ongoing U.S. international trade obligations,” is still undergoing a last minute appeal by Indiana to the U.S. Supreme Court.

But even if delayed, it is likely that some form of the regulation will be enacted, particularly as the trend toward opposition to gestation crates is continuing to grow:

So what is a Canadian pork producer to do? One alternative proposed by the Canadian Coalition for Farm Animals is that of group housing, in which groups of pregnant sows can roam barns with suitable bedding material, such as straw. Although some argue that allowing pigs to group causes issues such as fighting, aggression, and mothers crushing their piglets, the Coalition states that these only result when animals are overcrowded.

The open-housing system to which Maple Leaf Foods has transitioned all its company-owned, breeding-sow barns is one example of this, providing “optimized, open housing during pregnancy that allows sows to roam, rest, feed and socialize freely.” The company’s animal care team studied housing and feeding systems around the world and combined the best practices into a system that not just opens or removes gestation crates, but creates “housing areas with various spaces that support sows’ desires to choose when to play, to socialize, to eat and to rest.” The system also enables ready observation of the sows and accurate monitoring of their health for any needed care. Additionally, researchers at Iowa State University have been studying group housing in hoop structures as an alternative and say the results are encouraging, both for sow performance and economics.

With the global trends, regulations, and public opinion decrying gestation crates, it is wise for Canadian pork producers to continue its judicious transition to alternative systems – for both humane considerations and compliance with Prop 12 and other regulations. We expect that many US pork producers will be unable to comply with the requirements – leaving openings for the Canadian industry to further expand its reach in California and elsewhere.