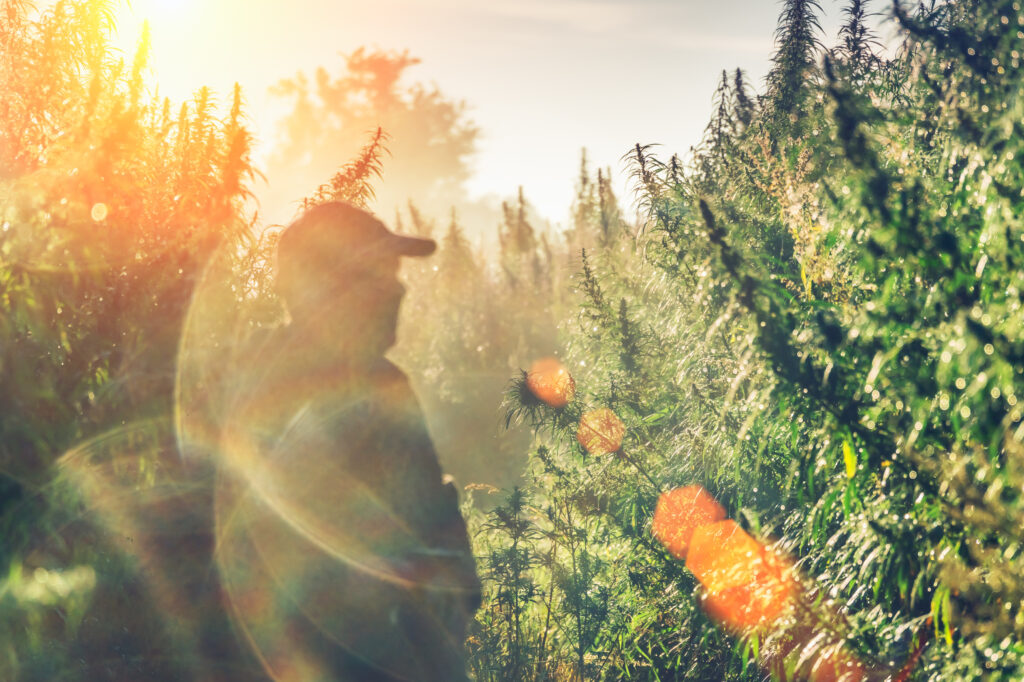 Delta-8-THC: A Question of Legality

Delta-8-THC: A Question of Legality

With its derivation from hemp providing a perceived legality, Delta-8-THC and its milder “high” has become the latest buzz in cannabis. But does its hemp-origination really make it legal under the Farm Bill of 2018? What do potential manufacturers and consumers need to know about this form of cannabis?

As defined by WebMD,  Delta-8-tetrahydrocannabinol (Delta-8-THC) is a naturally occurring cannabinoid that’s found in small traces in hemp and cannabis plants. Its chemical structure is similar to that of Delta-9-THC, which is the main psychoactive compound found in marijuana, but Delta-8-THC provides a milder high.

As explained by TAG Food Safety Director and attorney Eric Edmunds in his April 2022 TAG Talks, the controversy over the legality of Delta-8-THC stems from the legalization of hemp in the 2018 Farm Bill. The Farm Bill provided a very broad definition of hemp, that it includes any part of the plant, derivatives, extracts, or cannabinoids as long as the Delta-9-THC content is less than 0.3% on a dry weight basis. There was no specific mention of Delta-8-THC because it was not a consideration at the time.

Once it became widely known that Delta-8-THC could be extracted from hemp, making it theoretically “legal,” its popularity has increased. The question of its legality comes into play because the natural occurrence in Delta-8-THC in hemp is very low, so direct extraction is not economically feasible. Thus, most who are marketing Delta-8-THC are taking CBD from hemp and converting it to Delta-8-THC in the lab. This means that it no longer fits neatly into the Farm Bill definition because of the extra lab step because solvents and other chemicals are used in the lab to convert the CBD to Delta-8-THC.

If Delta-8-THC could be extracted directly from hemp in large enough amounts, it would more clearly fit the Farm Bill definition. But since it is commonly synthesized in a lab, it appears to conflict with the DEA’s interpretation of the legality of synthetic cannabinoids in its interim rule outlawing any synthetic cannabinoid. Although the interim rule is being challenged in the courts, it creates a legal risk for the industry. It would be wise to also consider state specific laws that may prohibit or prescribe regulatory requirements for Delta-8-THC.

The FDA, however, provides another major obstacle. Even with hemp (or Delta-8-THC) legal under the Farm Bill, FDA has maintained all authority to regulate foods and consumables under FD&C Act. The agency has clearly stated that Delta-8-THC is not GRAS and no applications as a new dietary ingredient have been submitted. So per FDA, it is not legal to use it in food, even with arguments pertaining to its legality under the Farm Bill.

In its publication on “Five Things to Know” about Delta-8-THC, FDA discusses its areas of concern around the cannabinoid. Stating that Delta-8-THC products have not been evaluated or approved by the FDA for safe use and may be marketed in ways that put the public health at risk, the agency said it has received adverse event reports involving Delta-8-THC products. In addition to its psychoactive and intoxicating effects, FDA also poses concern regarding contamination due to methods of manufacturing and potentially harmful chemicals that may be used in its production.

It also is important to consider the spirit of the Farm Bill when arguing its legality. The related provisions of the Farm Bill were intended to legalize non-intoxicating substances, so it specifically called out the 0.3% of Delta-9-THC in the legal definition of hemp. Thus, the spirit of the law would be violated by allowing intoxicating substances to be sold to the general consumer. Overall, it is an instance in which industry has moved faster than regulation.

It was the increasing popularity of CBD that gave rise to Delta-8-THC: As the demand for CBD grew, farmers planted more hemp for CBD extraction, saturating the market and reducing its market value. So converting CBD to Delta-8-THC became another means of producing an economically viable product for farmers. Since it wasn’t accounted for at the federal level when the Farm Bill was passed, it has created some regulatory uncertainty that will be difficult to address in the courts, and may eventually require Congress to intervene and clarify the legality of the substance.