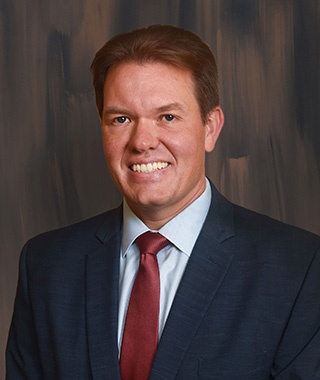 Dr. Benjamin Miller is a Senior Director of Regulatory and Scientific Affairs with The Acheson Group (TAG) with nearly 20 years of experience in food safety regulation, epidemiology, outbreak investigation and response and public health.

Ben earned his PhD from The University of Minnesota in Environmental Health with a focus on Infectious Diseases. He also received his MPH in Epidemiology from the University of Minnesota and his BA in Biology and Chemistry from Macalester College.  While at the U of M, Ben’s PhD thesis research focused on how to improve food traceability throughout the supply chain to advance outbreak detection and response time to prevent additional cases of foodborne illness.  His work has been published in several peer-reviewed journals and book chapters.

His previous work includes serving as the Division Director of the Food and Feed Safety Division at the Minnesota Department of Agriculture and as an epidemiologist at the Minnesota Department of Health.  During his time with the department of agriculture, he led the state’s traceback investigations of several large multistate outbreaks including well known Salmonella outbreaks associated with peanut butter and serrano peppers.  He was the first to publish a paper associating an outbreak of E.coli O157:H7 infections with nuts (hazelnuts) in the United States.

He has also held leadership roles within national regulatory associations including serving as a Director at Large for the Association of Food and Drug Officials, as chair of the FDA’s Manufactured Food Regulatory Program Alliance, and as co-chair of the FDA’s Partnership for Food Protection’s Response and Recall workgroup.  He was also the Principal Investigator for several federal grants to improve outbreak response and regulatory systems within state government.

Ben lives in Northfield, Minnesota with his wife, daughter and son.  The Miller family enjoys spending time outdoors year-round in Minnesota with summers at the family lake cabin and family camps and winters in the woods on skis. Ben is also a parent member and the board chair for a local charter school in Castle Rock, Minnesota.